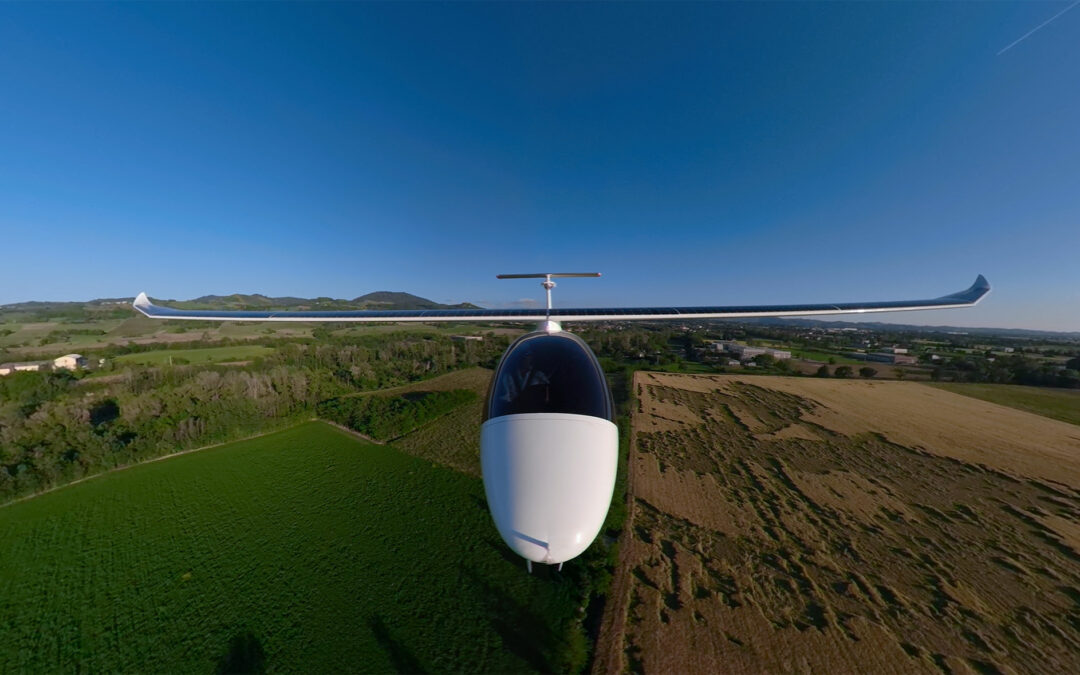 The airplane is powered by 22 square meters of solar cells with an efficiency of up to 24% and 14 kWh of lithium-ion batteries. According to its creators, it can reach an altitude of 25,000m.

Solarstratos, the aircraft measures 8.5m in length and 24.8m in wingspan and has a total weight of 450kg.

It is covered with 22m2 of solar panels totaling 5 kW, which powers an electric motor connected to lithium-ion batteries to keep it up and running.

To reach the announced 25,000m altitude, the aircraft is powered by a three-bladed propeller and a 2×19 kW double electric motor which is entirely powered by solar energy. The PV system is based on solar cells with an efficiency of between 22 and 24%. The photovoltaic cells were integrated directly into the wings by the Swiss Center for Electronics and Microtechnology (CSEM), a scientific partner of the project.

The cells are connected in parallel or series, to ensure their electrical insulation. Airplane developers discussed about this design they are more resistant to external factors namely:

The solar cells power the device’s lithium-ion batteries, which have a total capacity of 14 kWh, expandable to 21 kWh.

To limit the weight of the aircraft, the aircraft is not pressurized and the pilot must be equipped with a spacesuit specially designed for the project, and which also operates on solar energy. It was the Russian space supplier Zvezda which developed the technology for this suit, which combines several innovations to regulate temperature and pressure, and to protect the pilot from solar exposure.

The fuselage and wings are constructed of carbon fiber with a large wingspan that allows the aircraft to fly at reduced speed.

Solar-powered airplane to reach the stratosphere